What You Need To Know About iOS 14 and Facebook 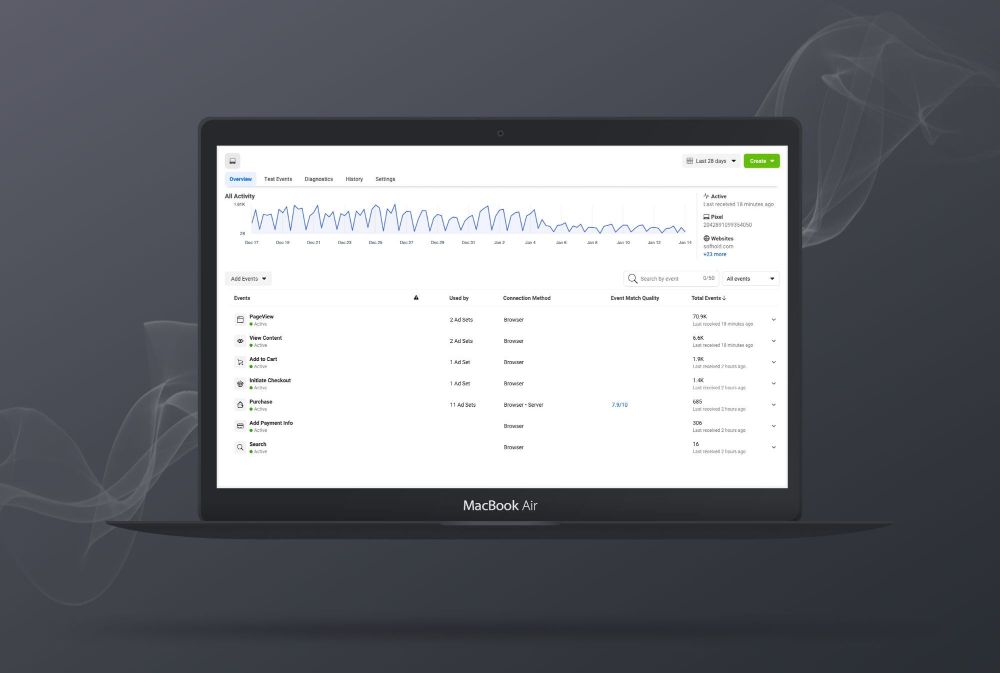 Perhaps the biggest conversation so far in 2021 with Facebook Advertising and digital marketing in general has been the massive update to Apple devices: iOS 14. This major update is the beginning of a drastic paradigm shift in the digital landscape. The iOS 14 update is going to allow users to opt-out of tracking, which is going to hinder our ability to analyze data as media buyers. But what can we do to be prepared for it?

Before we dive into details of iOS 14, it’s important to know that all of the details are still emerging and nobody, not even Facebook, knows the full extent of the iOS 14 impact. After weeks of research and numerous meetings with Facebook, here are the top six key points that you need to know about iOS 14.

Verify For Your Domain

Because people using iOS14 will now have the ability to opt out of being tracked, implementing the conversions API will be the key to gathering data. Conversion API works in conjunction with the Facebook pixel, however rather than Facebook tracking the user’s experience, the website itself will collect data. Then the Conversions API will communicate with the pixel to help track and deduplicate conversion events which will then be translated back into your Business Manager.

Due to the nature of data being rerouted from the pixel to the CAPI then to the business manager, there will most likely be a delay in reporting. According to Facebook, it could take up to 72 hours before the data is officially reported in Facebook Business Manager.

To make things even trickier, Facebook will also be required to randomize the data collected if someone opts-out of tracking. This means that we will be able to see a purchase, but we won’t be able to associate that action back to a specific user on Facebook.

Ever thought about branching out to advertising on other platforms? Now could be a great time to try something new! Facebook isn’t the only company being hit with Apple’s new ATT, (Apple Tracking Transparency). Google, Bing, Snapchat, Twitter, Tik Tok, Etc. are all falling victim to the new software. That being said, it is smart to start spreading out your advertising efforts since the data being received by any given platform will now be a fraction of what we receive now.

Now for the nitty gritty updates coming to how we can actually create profitable Facebook Ads.

This means that our data window will be drastically reduced which will lead to drastically different performance numbers. For example, if someone purchases 10 days after clicking on an ad, that purchase will no longer be attributed to the ad.

What else does a limited attribution window mean?

Significantly less data for custom audiences which means less accurate data for building Lookalikes. This also means that there will be less data that Facebook can use for interest-based audiences.

One of the biggest changes coming with iOS 14 is the number of conversion events that Facebook allows us to track. As of now, Facebook has announced that we will be able to utilize eight unique conversion events. For most e-commerce brands, that shouldn’t be a major problem if you are primarily using ads for sales. This could present an issue if you’re tracking sales, newsletter signups, and other valuable actions that people take on your website.

Along with conversion events, there are also changes coming to the campaign optimizations and how often you can change them. If you change your campaign optimization (ex. optimized for purchases or add to carts), your ad account will begin a 72-hour countdown until you will be able to change it again.

But what about attribution for people who have opted out of tracking?

We will still have some, although very limited, data about these people, however, the data will be completely randomized and not tracked back to a specific user. According to Facebook, we will see one conversion event for these people, and we will be able to set the priority for which event we want tracked.

Overall, there are a lot of changes coming to the digital marketing landscape as a whole, so being prepared for these changes will help set you up for success. Keep in mind, Facebook is not the only platform being affected. In fact, Google announced that they want to eliminate all 3rd party cookies by 2022.

At this point, this is all pretty new to everyone, including Facebook. As the 253 Media team learns more about the total impact of the iOS 14 update, we will be publishing more content so you can stay up to day on the latest digital marketing trends.

For more information, here are a few resources directly from Facebook that can help you out:

How Apple’s iOS 14 Release May Affect Your Ads

Speaking Up For Small Businesses